Other sites by Juho Kunsola

First site I will review in this blog is The hunger site. Every click donates over a cup of food ( USian measure, about 400ml or 4dl ) of basic #staple food such as wheat, barley, rye, oat, rice or corn to people of the 800+ mln that go to be hungry and malfed.

This is a definitely a good algorithm for TheHungerSite: click once a day, on all computers you can. Clicking on the advertiser ads provides more food.

( Lowest Troll note: Now if just could give them some onions, oil and water to their pan and stove the trolls would be doing the meal happy dance while http://develop.consumerium.org/wiki/User:Juboxi/Kitchenblog#Consu-stew cooks )

SumOfUs.org, an NGO to empower inhabitants  of Planet Earth is being harassed by Bayer Corporation lawyers for their campaigning against the bee-killing pesticides. 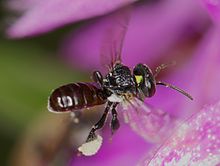 SumOfUs.org is linked from http://develop.consumerium.org/wiki/ main page since it is quite clearly an aligned effort.

Neonicotinoids have been proven to kill bees threatening the ecosystems as bees are important pollinators. Further emphasis on the issue is the new research indicating that bee venom kills HIV and cancer.

I did and will do it again when my financial situation allows.

Austerity does not serve to only make worse or only make better. It does both in the long perspective.

None of the esteemed economists can explain what determines when a boom goes bust or when a weakening economy starts getting better.

I hope the parliament of Ελλάδ can vote the reforms required through.

Perhaps you should look into digitalizing your tax collection system. Almost twenty years ago I envisioned taxation system where people could easily and securely connect to digital forms that help, guide and automate for their user.  Now this is reality in Finland as almost all officials are reachable with strong identification with web bank credentials ( username + password + disposable single-use password from a list )

All yummies linked here are under a copyleft licence.

Copyleft is the corner-stone of FLO free, libre, open side of datas and codes

This is a question I’ve pondered over a long time and also talked with the folks in ##economics and it’s never been shot down there.

Background to the 2008 collapses

Leading up to 2008 financial markets had been over excited for a long due to more and more sophisticated financial instruments coming onto the markets and growth of productivity from ever advancing automation ( this will be the backbone of an upcoming blog post where I argue for basic income based on the advance of automation ).

Money cost 4% and money paid 8% and the feeding into self by reapplication and reapplication fo debt bubble was largely debt levered.

In core the theory is as follows:

Their sales pitch for these composite instruments was good, save one fact they “forgot” to mention and went as follows:

“Either the debt-papers pay or the CDS on the debt pays ergo this instrument is low-risk.”

They had truth, almost, these 2 obvious scenarios should have been complemented by the 3rd scenario that then materialized bringing all sorts of negative shit on many facets of human life all over our precious Planet Earth.

The 3rd scenario is a true shit-hits-the-fan-type of situation where The debt-repayment fails in such massive amounts that the CDS sellers also go bust from their obligations there-by simultaneously collapsing both “promised” income sources for the investment into these treacherous composite instruments and has wretched effects on people’s housing security, savings security, job security etc. that got carried to foreign financial markets and economies such as Iceland, Ireland and Greece.

Some painting of other factors that came to play

I could go into lot of painting about the self-feeding cycles and self-slowing cycles that went into action to cause all the happenings of the financial melt-down of 2008. Suffice to mention the family economies that had been issued

and suddenly the real economies started feeling a lot of pain for what the Wall Street had been at.

Welcome to WordPress. This is your first post. Edit or delete it, then start blogging!